A Brief History of the Motorhome – Part 2

In the last article, we started at early days of the motorhome in about 1910, which is nothing like they are now. We ended up in the mid-1960’s with Winnebago having touched on perhaps the most iconic motorhome of all time… the VW Camper.  Today we continue and bring you up to date with the top of the range motorhome you can hire from Camperfun in Brighton. 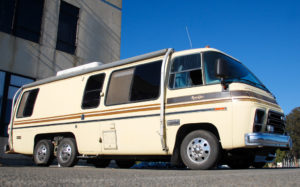 By the 1970s hitting the road for a vacation on wheels was becoming popular. More and more vehicles were being converted into motorhomes of sorts. In the UK the ford transit and Bedford vans were among the most popular. However, the Americans were still just in the lead in terms of packing everything in including the kitchen sink. GMC was among the motor vehicle manufacturers who took things to new and more complete motorhome level. GMC took complete control over the manufacture and design of their vehicle. This meant the vehicle was designed as a motorhome and not adapted from another vehicle. 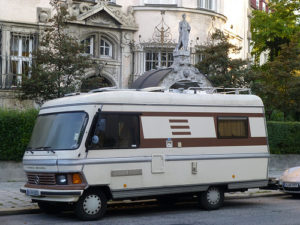 By the 1980s there was a growing global trend for homes on wheels as more people recognised the versatility of the vehicles. The look on the outside didn’t change much, and the vehicles were still pretty ugly. The interior décor didn’t change much either. The drive of the vehicles was improving but that js when Erbia-Hymer came to the party big changes happened in the world of motorhome comfort and design. Erbia-Hymer focused on the little things that made a motorhome a home from home on wheels. The living space was transformed forever as plug sockets were improved and better batteries were developed. With a new approach to motorhome interior design, floor space was optimised. Fold out bedding was close to perfected and the kitchen area became extremely functional and practical. 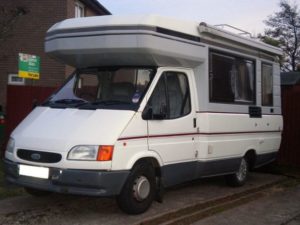 Hymer became the trusted name when it came motorhomes, and their layout and design concepts were soon being found in a variety of motorhomes and campervans. The underlying vehicles became lighter on fuel, and more “car-like” to drive and the home away from home became a place that could even become a fulltime home. Fiat Ducatos were common sites on the UK roads as were a growing number of other vehicles. Swift, better known for caravans got in on the action, and within a decade or two the choice of motorhomes for the avid holidaymaker was considerable.

Hymer is still around today; they are one of the leaders in motorhome innovation and design. 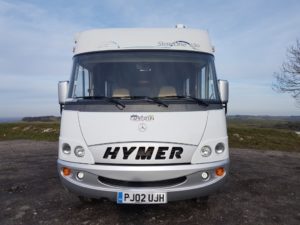 Second to the Mercedes Hymer are the ever-reliable, equally comfortable Fiat T-Line Motorhomes.  A motorhome from Camperfun comes fully equipped. Everything you could possibly need for an adventure on wheels with all the comforts of home.

Things have come a long way in a century of motorhome development. When you hire from Camperfun you will experience the very best in Motorhome travel and comfort the UK has to offer. We look forward to seeing you soon.

← A Brief History of the Motorhome – Part 1